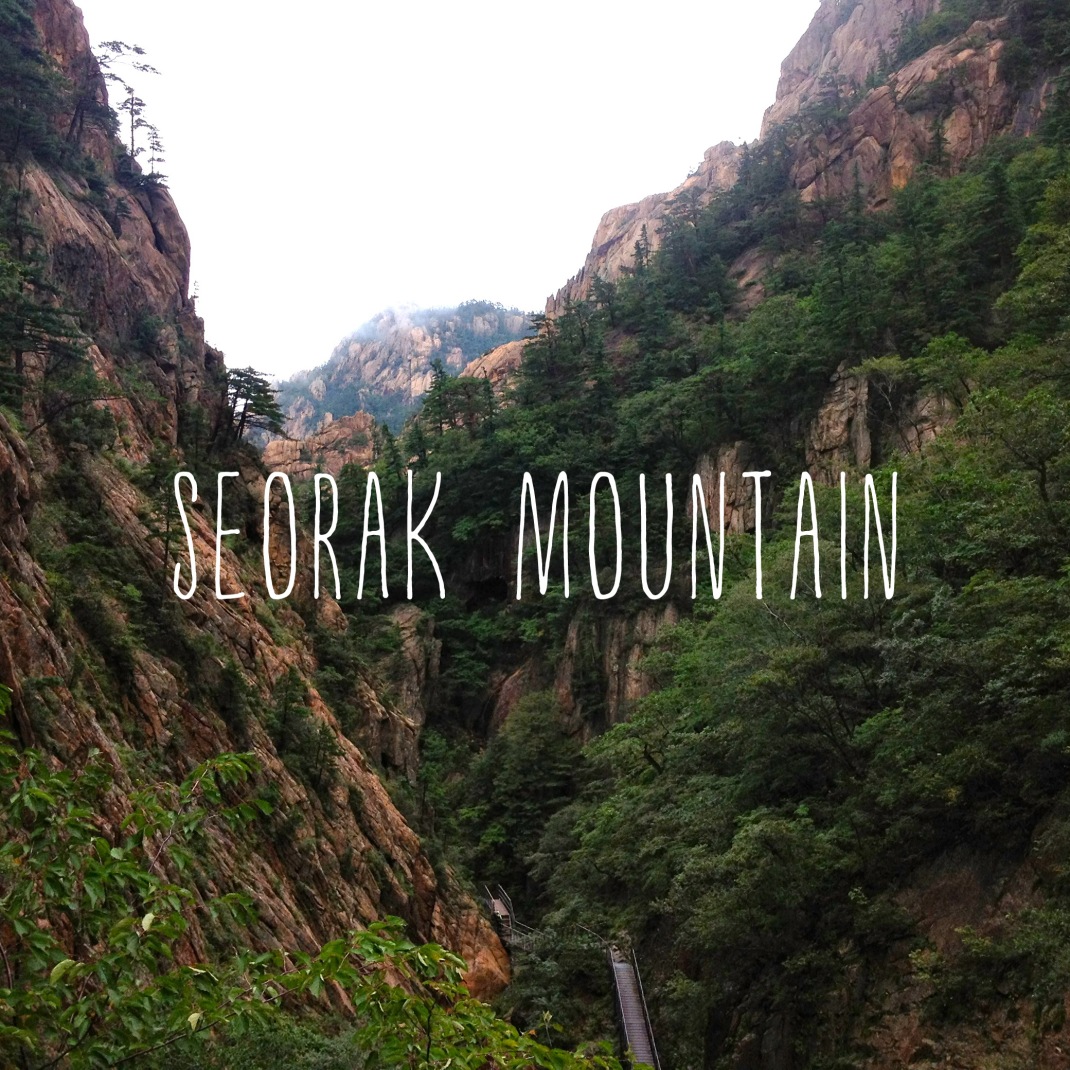 If there’s a place I just can’t get enough of in Korea, it’s Seoraksan National Park. Only a few hours east of Seoul, it’s a truly magical escape from the bustling city. On this particular weekend, myself and a few friends were unexpectedly greeted with chilly weather, rain and enormous amounts of mist and fog. For this trip, we traveled with the fabulous Seoul Hiking Group.

We began our hike at noon on Saturday, September 1st. We pounded out the initial ascent to Daechongbong, the highest peak at the park with an elevation of 1,708 meters. From the peak, we could see no more than 20 feet in front of us. Not exactly the pay off we had hoped for, but we were nevertheless ecstatic to be done with the initial climb. We headed down from Daechongbong to Jungcheong Shelter, an easy 20 minute walk from the peak, to nosh on some grub and attempt to dry off. At the shelter, we needed to decide whether we would stay overnight at the shelter, where we weren’t gauranteed a spot to sleep, or trek on to Bongjeongsam Temple, where we were unsure what would await us.

Reluctantly, we decided to crawl into our disposable parkas and venture back out into the rain. After an hour and a half of extremely steep descent, we arrived at Bongjeongsam Temple. The buddhist temple sits nestled between huge rock formations at 1,224 meters. We arrived at the temple in a group of 7 foreigners and were greeted with an incredible amount of warmth and generosity by the monks. I had taken a small tumble on the way down and small trickle of blood was running down my shin. Almost immediately, a monk approached me with antiseptic wipes, neosporin and bandaids. We attempted to pay for our spots to stay at the shelter, but the monk insisted that we eat dinner first. The temple provides a simply dinner beginning at 5:30pm daily. On this specific occasion, rice and seaweed soup. Additionally, the temple had complimentary coffee.

Prior to leaving for this trip, I had been warned by a Korean colleague that sleeping at the temple would be impossibly uncomfortable for us. She warned that the spots would be miniature for our stature. She recommended we sleep outside the rooms on the floor. However, with the ensuing precipitation, this simply wasn’t an option. After dinner, we paid for our spots at the shelter and waited to be escorted to our spots. Typically, you sleep in a large room that is segregated by gender. On the floor, there are tiny rectangles drawn out for designated sleeping spots. I regret not having taken a photo of the shockingly small size of these spaces.

There were 12 of us foreigners in search of spots at the shelter, which holds up to 1,000 people in the high season. Timidly, we followed the monk as he escorted us to our sleeping quarters. Miraculously, they put all of us in an isolated room together. While there were technically 25 spots marked on the floor, it was a tight fit for us. Heated floors, free food and “spacious” accommodations? We were all set! We set our alarms for 2:30am and hit the sack before 8pm.

The temple grounds looked as if they would have been beautiful, had we been able to see the surrounding landscape. The only thing we could make out were silhouettes of huge rock formations above the temple. I can’t wait to go back when the weather permits a clearer view.

The hike to the next shelter, Huingak Shelter, in complete darkness, steeply ascending on wet rocks, with not enough headlamps for our group, was extremely precarious at best. It was a terrifying few hours. We reached the shelter at nearly the same time as the group coming from Jungcheong Shelter. At Huiungak, we cooked breakfast and decided whether or not we would persevere and tackle the remarkable Dinosaur Ridge. From Huingak Shelter, you can normally see the dinosaurs towering above. However, the fog was so thick, we couldn’t see anything. After shedding a few tears of disappointment, we decided to head back down through the stair-ridden Cheonbuldong Valley and end our trek at Biseondae Shelter.

While we didn’t have the experience or the views we expected, this trip to Seoraksan was truly a fantastic experience. I would highly recommend staying at the temple if you’re ever in need of a place to crash and reboot. I’m slated to head back to this incredible park in just over a month, so hopefully I’ll be able to get some better shots! 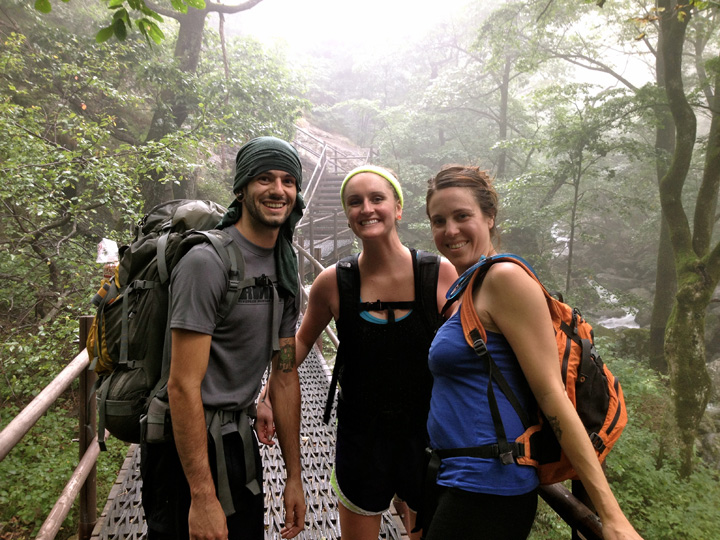 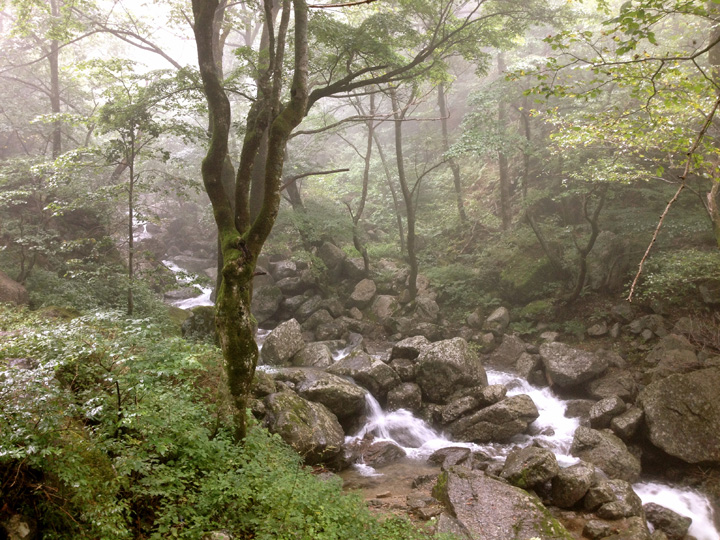 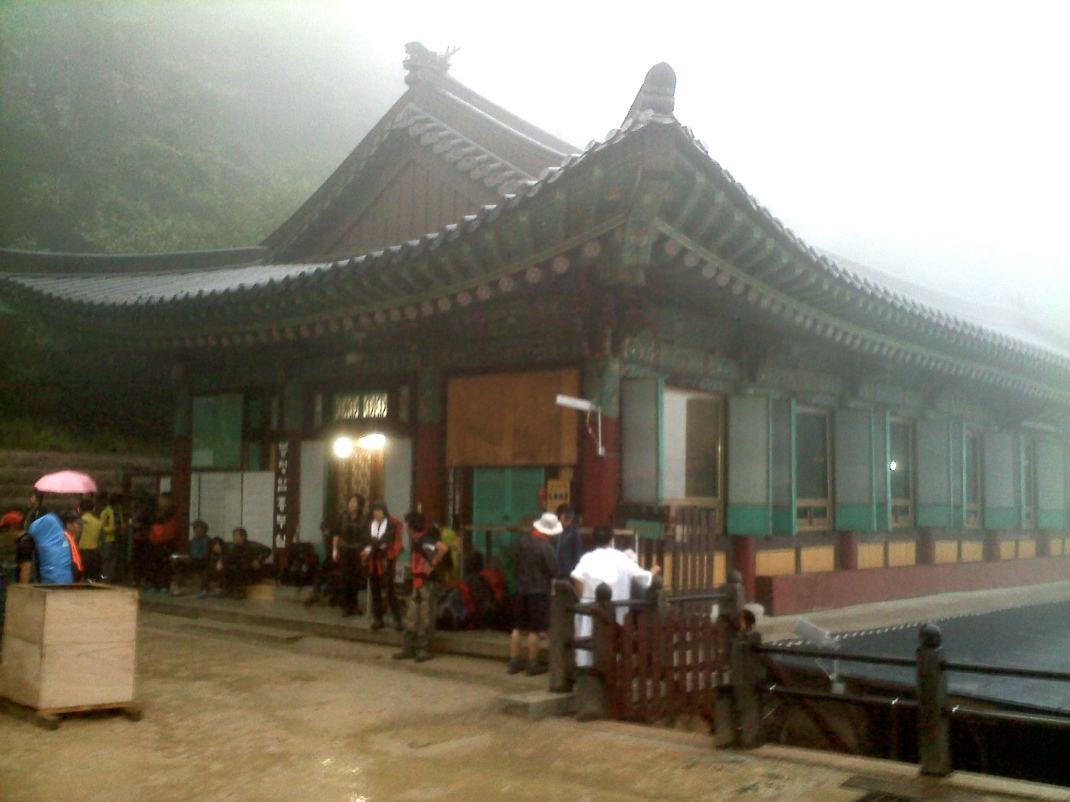 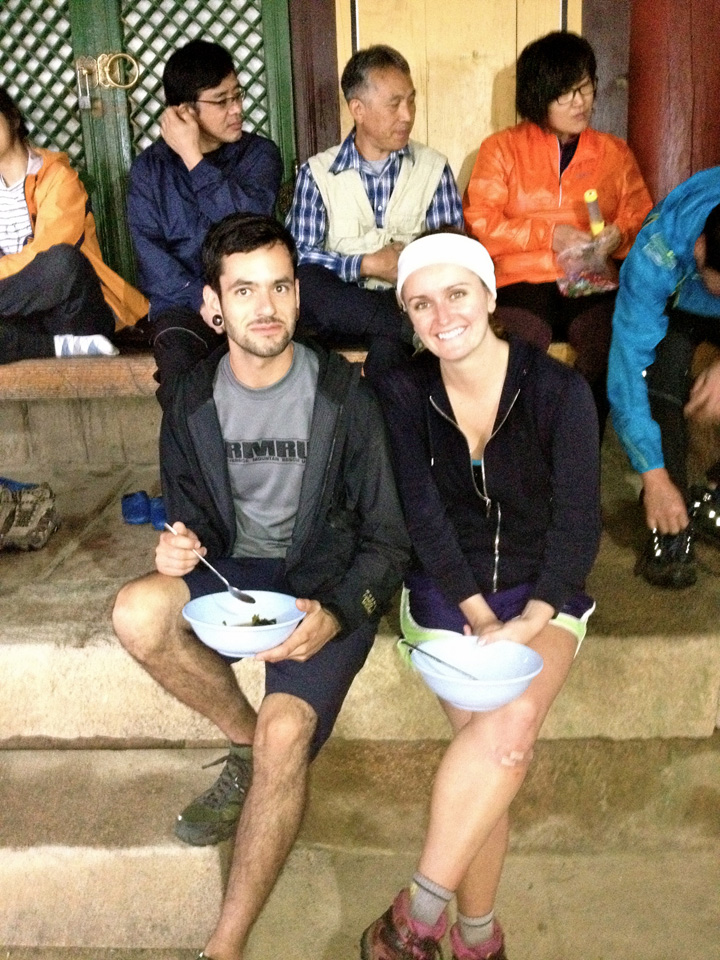 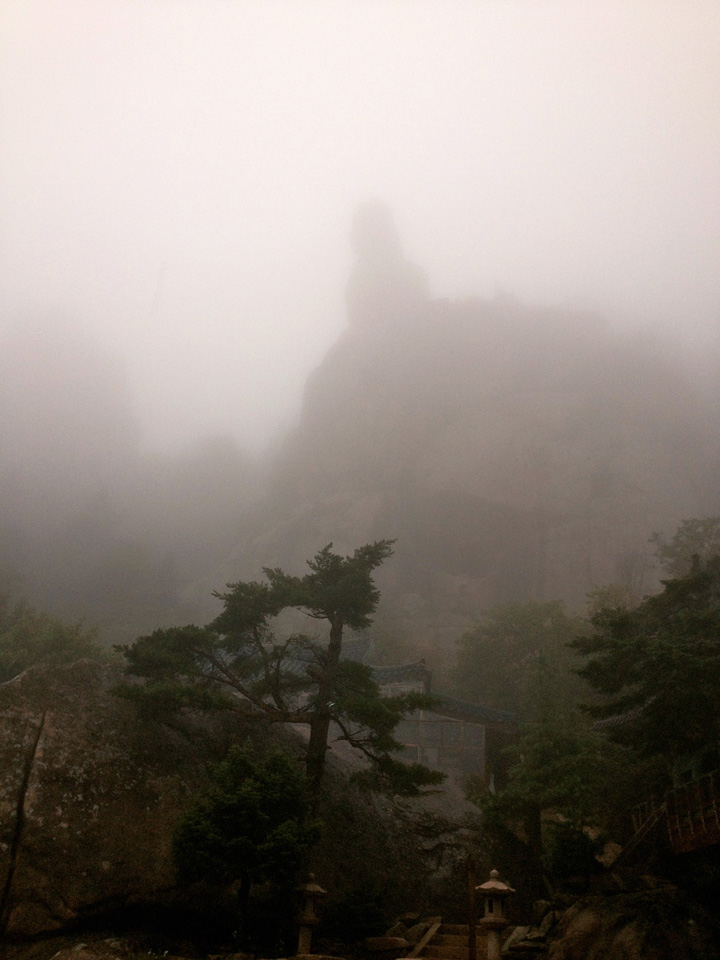 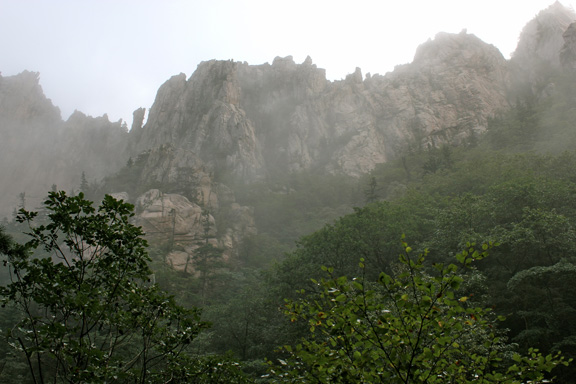