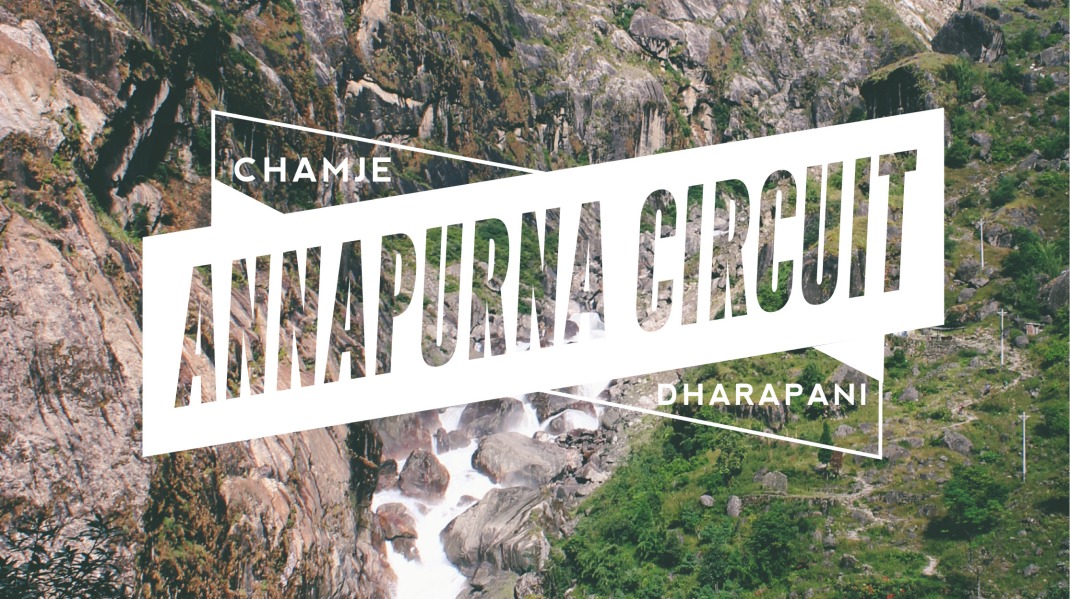 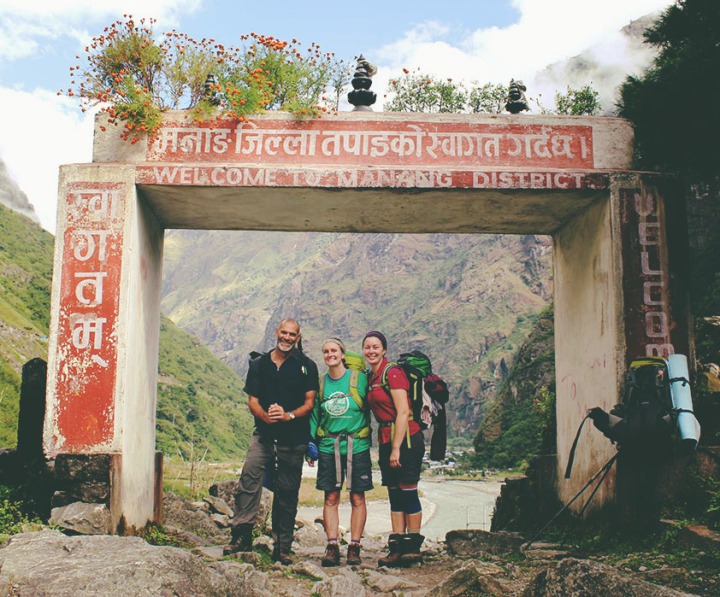 Day of the Waterfalls

Whooooeeeeee! Waking up after tearing through so many kilometers on Day 1 was rough. Every single muscle hurt. Sure, I’d completed many hikes of this length over the last few years. What I hadn’t done is carry a big ole’ pack. I was hurtin!

When I woke up, I honestly thought I wasn’t going to make it. Prior to beginning the Circuit, I had serious doubts as to whether or not my body could physically handle the wear and tear that comes from walking day in and day out. For the past decade or so, I’ve battled debilitating back issues and, more recently, knee bummers. I knew the Circuit was going to be a challenge with my knees and back. How extreme of a challenge? I wasn’t sure.

I’m embarrassed to admit that on the morning of Day 2 I said, “Worse comes to worse, I’ll have to take a jeep back from Chame if I can’t walk anymore.” Chame was to be the first major refueling stop of our trek.

Leaving the  Super Rainbow View Guesthouse and Restaurant, one of the teahouse owners was waiting patiently for us at the beginning of the trailhead. He greeted us warmly, asked us how our stay was and explained why he had been waiting for us. This kind gentleman was waiting to give us back 50 Rupees, the equivalent of $0.79 USD, simply because he had told us a slightly different price the night before. What genuine honesty! For his kind gesture, the three of us collectively refused to take his money back.

It was going to be a fabulous day.

Day 2 began with a great, great climb from Chamje to Tal. The views of the surrounding mountains towering above were incredible and the waterfalls were like something akin to a fairytale. I felt strong climbing, I felt excited. It was still totally surreal that I was on the Annapurna Circuit!

Tal’s backdrop is truly unbelievable. Tal is situated next to the dammed Marsyangdi and flanked by colossal mountains. Water rolls down the mountainside from the peaks above, shrouded in wispy clouds. I longed to spend the rest of the day in Tal, but I wasn’t ready to separate from Cass and Trevor, my awesome hiking companions. Only two hours into our day, this was not yet an appropriate ending place.

Not all was lost! We had the pleasure of indulging in our first apple pie in Tal. When I cut open the bulging pastry, a brown sugary liquid poured out onto my plate. “Ooooo!” I squealed in delight! Hiking, Nepali tea & apple pie? The dream.

Leaving Tal, the scenery continued to be surreal. Let’s be honest, I should cease to use the word surreal when speaking of the Annapurna Circuit from this point forward. Everyday is more surreal than the previous.  Let’s say Tal was… dreamlike.

To our right, waterfalls continued to fall from the sky and gently tumble down the mountainside.  To our left, the river was calm and pooled, a bright, icy blue. After following a river path for 30 minutes, we, once again, crossed the Marsyangdi. Having successfully avoided walking on the roads infested with Jeeps until this point, we had no choice but to join the packs of trekkers heading towards the next village, Karte.

After crossing the bridge over the Marsyangdi, I hit a wall. I totally ran out of gas. Every step was painful. It’s  heartbreaking to watch tourists gleefully hop out of vehicles to snap a photo or two before hopping back in for their joyride. The jeeps also have a nasty habit of diving into huge puddles and streams, their tires splashing you in the face on the way out. Not ideal.

We arrived in Karte to stop for our requisite lunchtime feast.

Who in their right mind would order tuna fried macaroni while trekking in Nepal? You guessed it! This girl.

I had visions of a dirty, diner style tuna melt arriving in front of me and satisfying all of my deepest culinary desires. No, no, no.

I didn’t know at the time, but this would be the last meal I would be able eat for days.

We had a cutie patootie little lunchtime guest with us in Karte. A remarkable 5-year-old Nepali girl who spoke excellent English and possessed the handwriting skills of someone twice her age joined Cass and I to play with our electronic devices.

Dharapani was an easy 40-minute walk past Karte. Shortly after we had begun putting one foot in front of the other, it began to rain. By the time we reached Dharapani, we were soaked and ready to call it a night.

Cass, Trevor and I continued to carry out our evening-time rituals with remarkable efficiency, stripping, hanging, unpacking and changing in under 5 minutes. It was near madness! Even thought it was only Day 2, we were already beginning to smell like a bouquet of roses.

After setting up camp, we headed down to the dining room for a late afternoon tea. We had  gotten quite chilly walking in the rain and we were in desperate need for something warm to drink. Almost immediately after sitting down for tea, I began to feel not-so-hot. I had a sinking feeling that I was about to get real sick.

We passed the time playing cards and making acquaintances. One of the coolest things about the Annapurna Circuit is the relationships that you form along the way. Only on our second day, we had already made friends with two awesome solo-women trekkers: Jen, an Australian nurse that was all sorts of bubbly and friendly and Maurice, a strong-willed, tough French-Canadian whose disposition couldn’t have been more different than Jen.

I called it a night early, feeling more and more under the weather as the evening progressed. My Kindle and I curled up in my sleeping bag, hoping that I would feel better in the morning.

I was up all night with diarrhea.

Do not take the Jeep Road from Chamje! Yes, it’s flat and easy. BUT, it’s also dusty, rocky and you miss out on the magnificent waterfalls and Tal, one of my favorite towns from the Circuit. 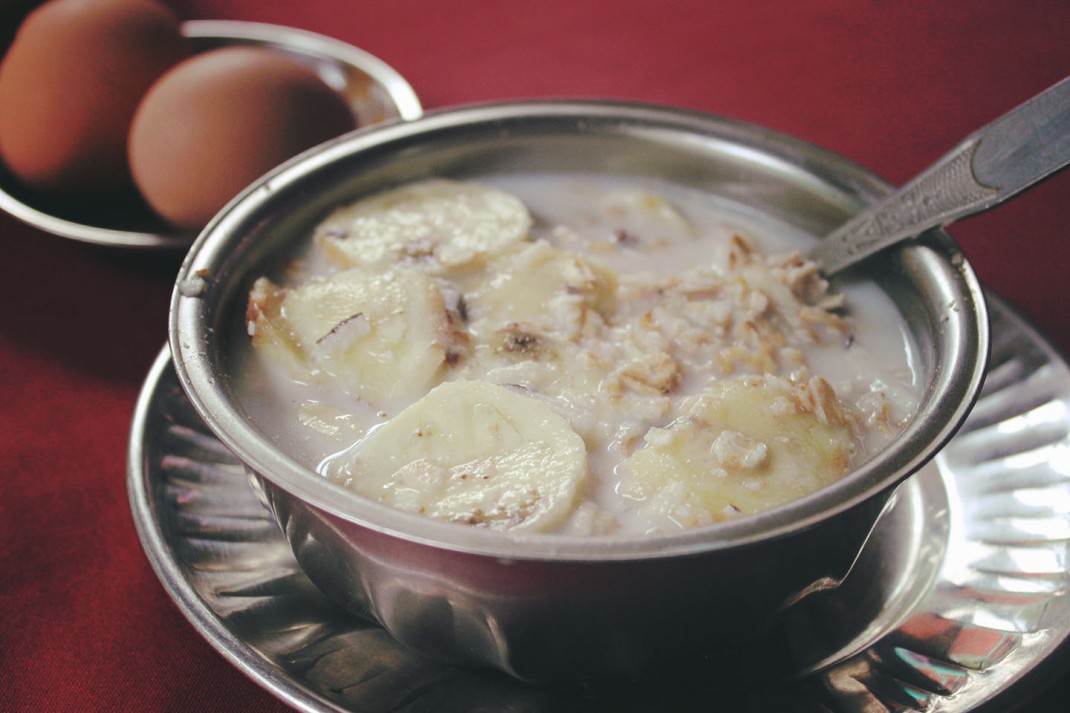 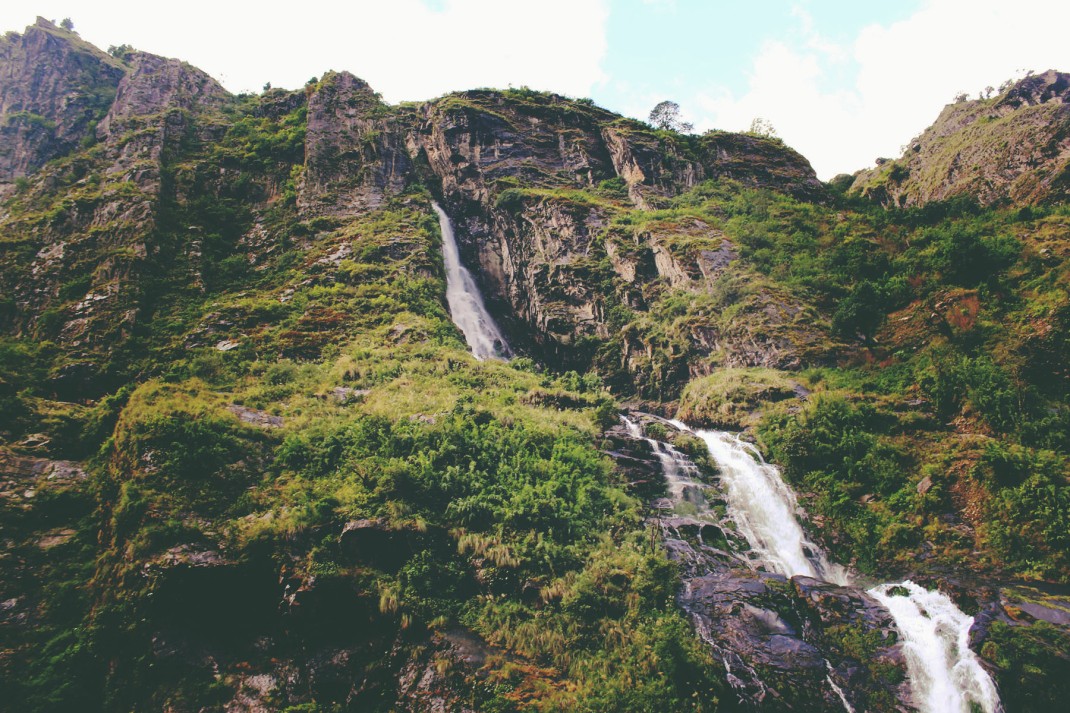 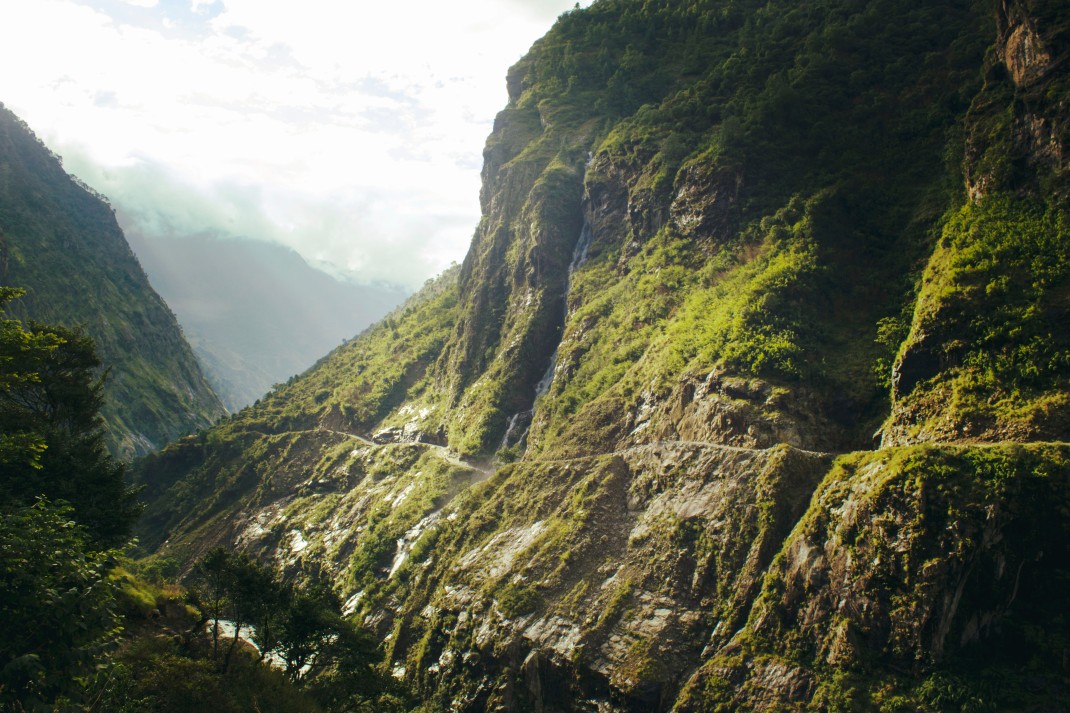 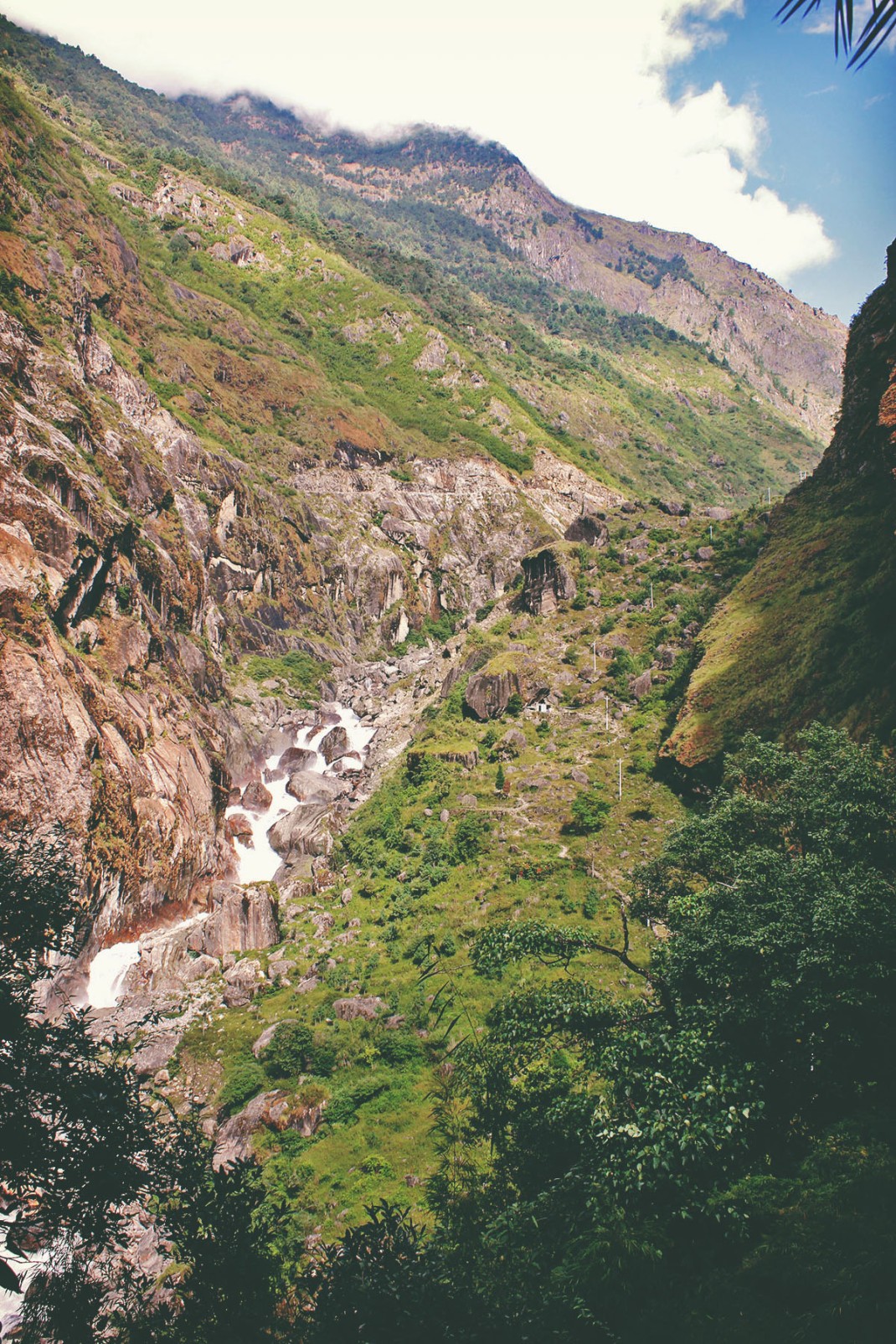 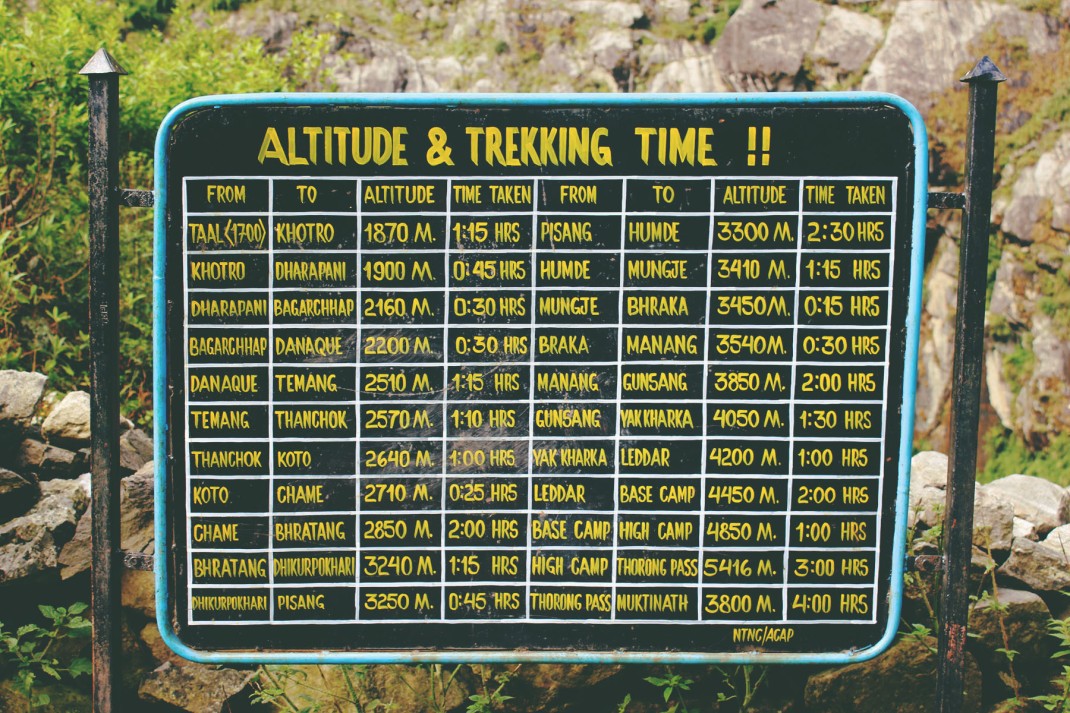 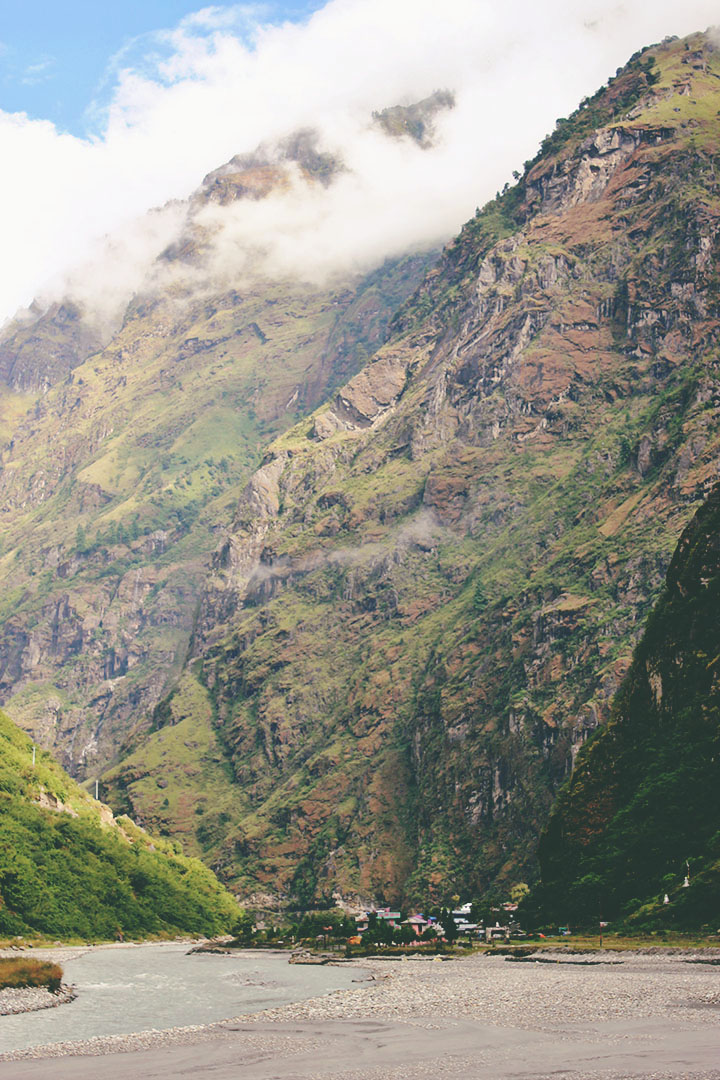 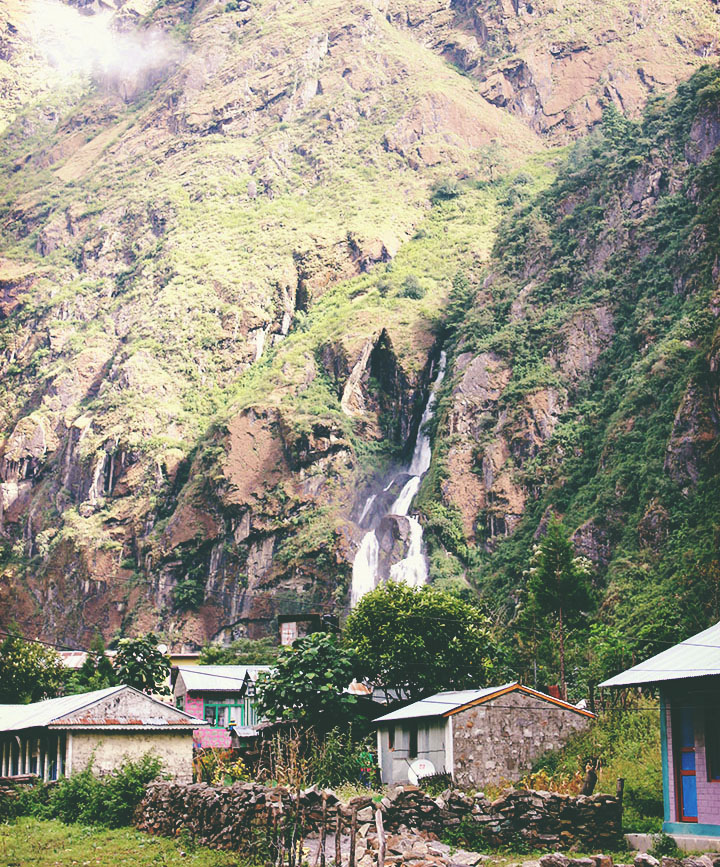 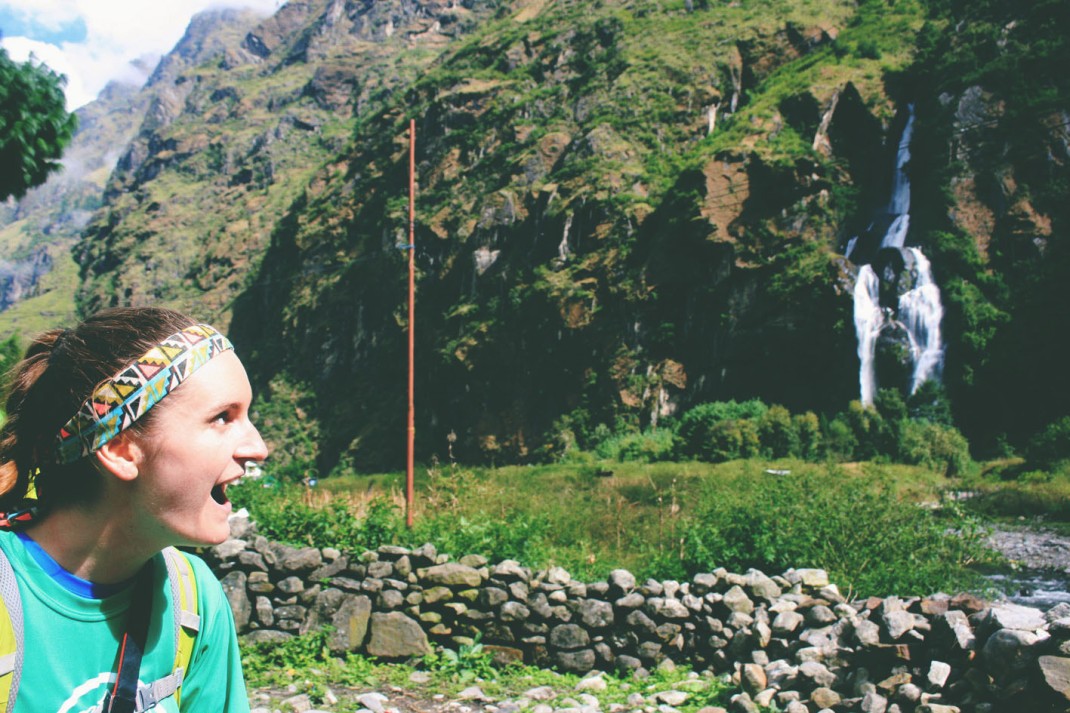 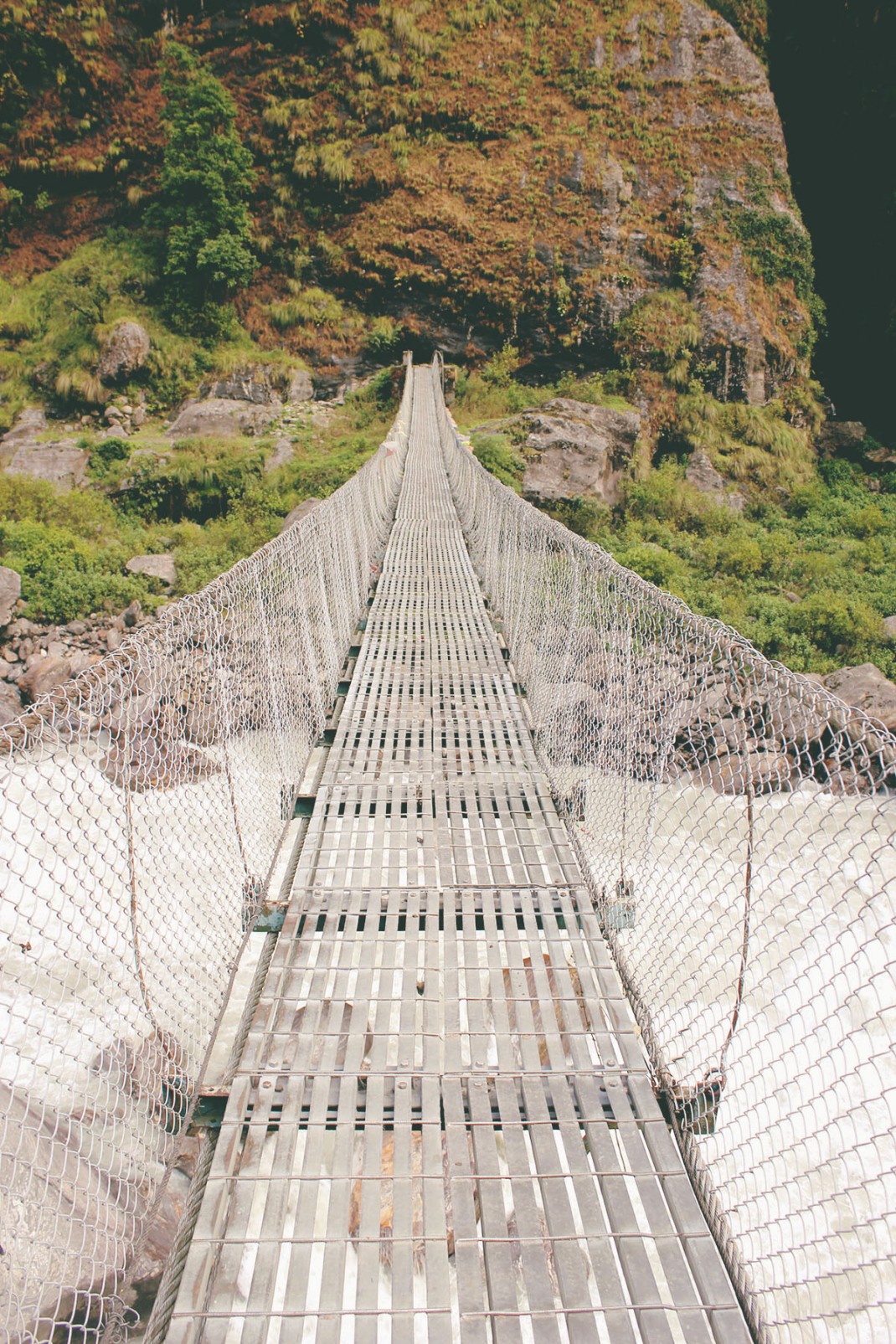 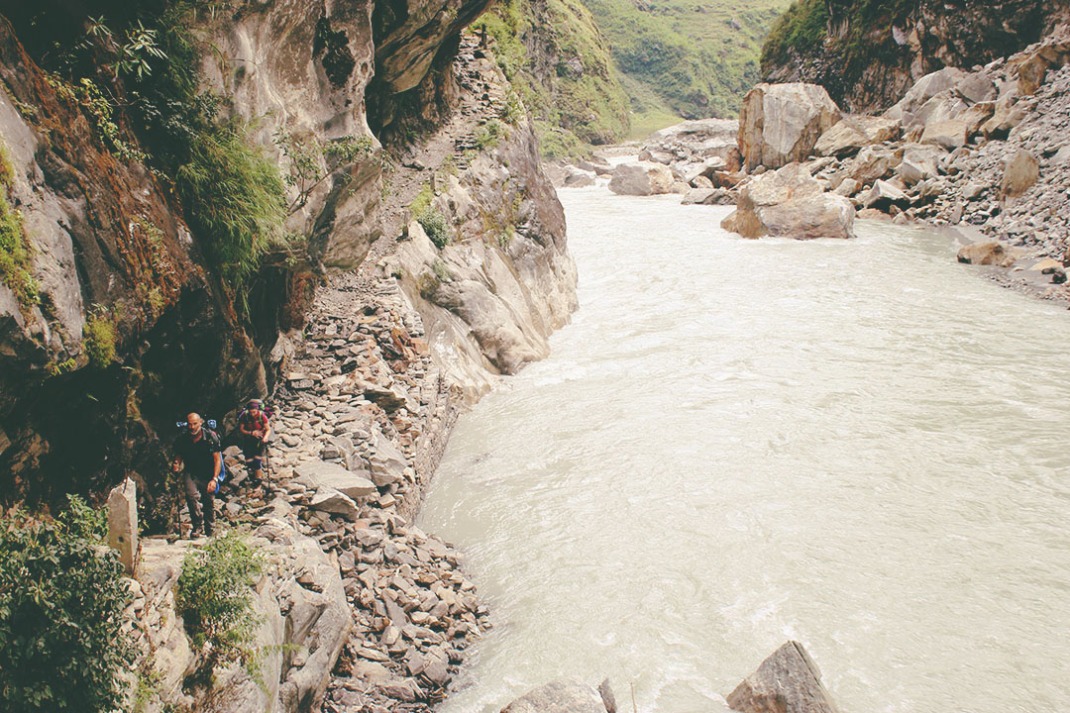 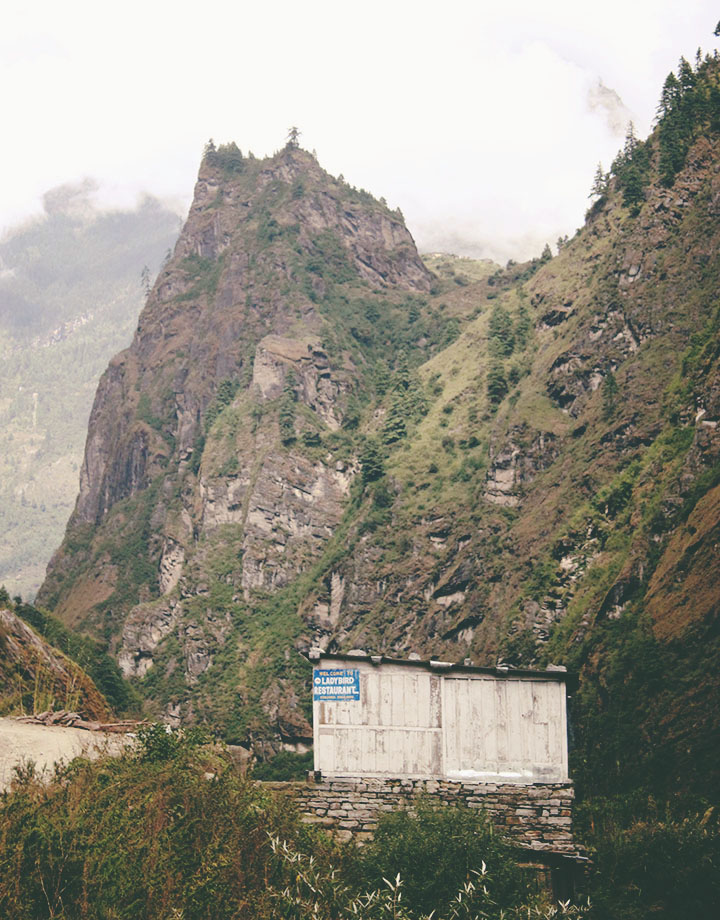 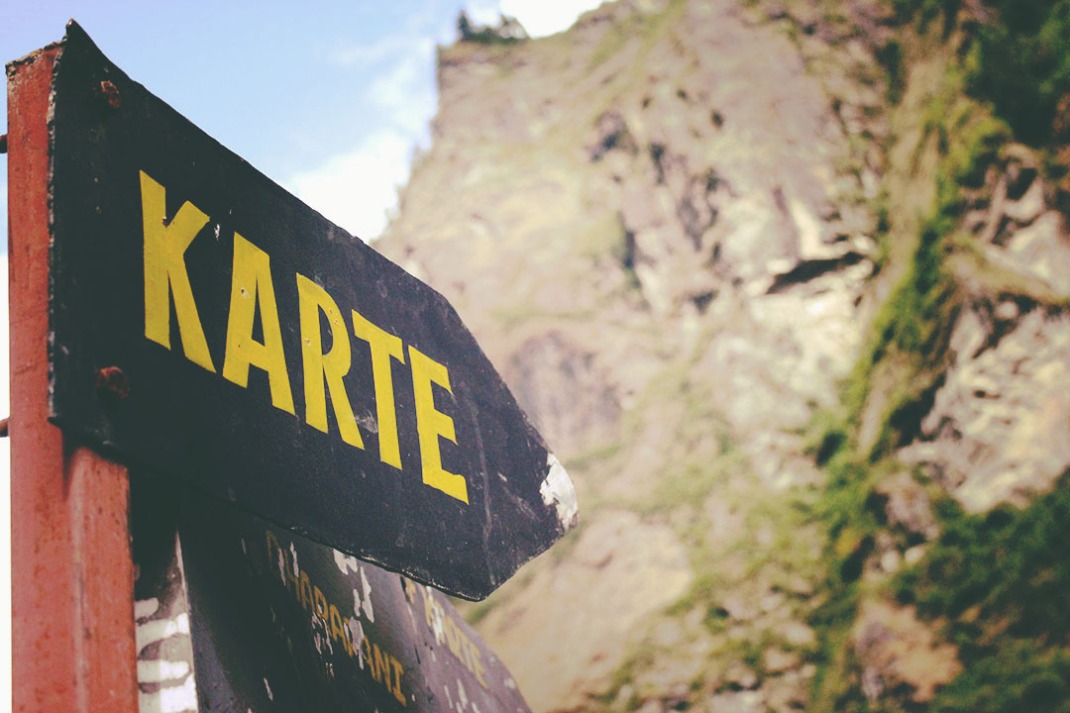 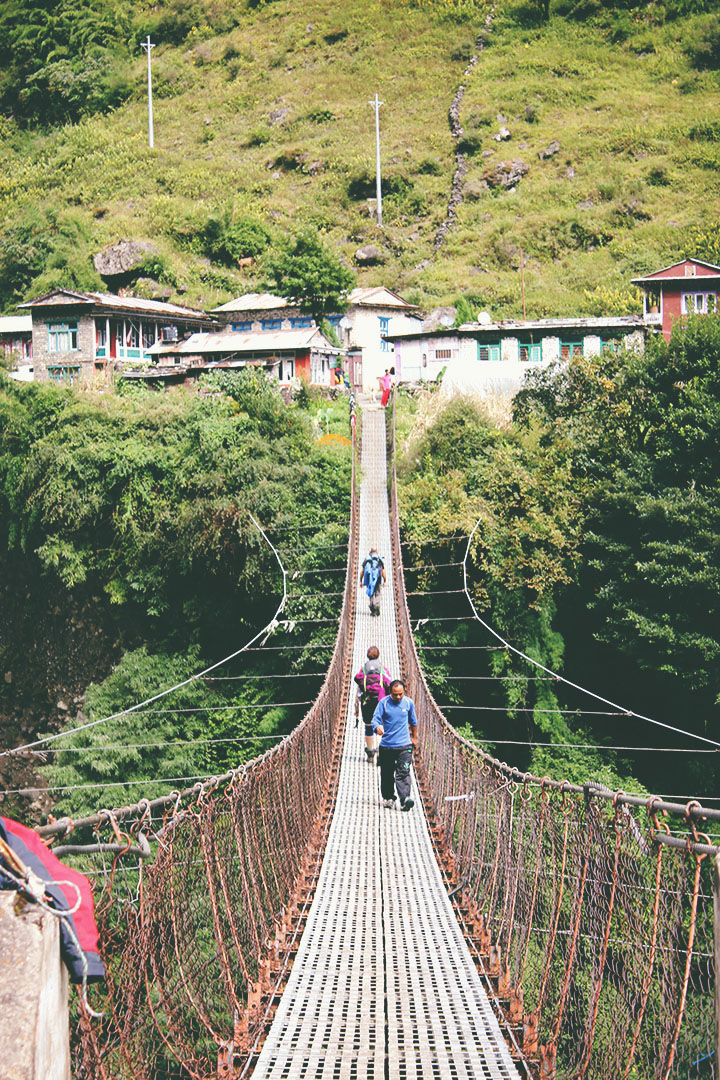 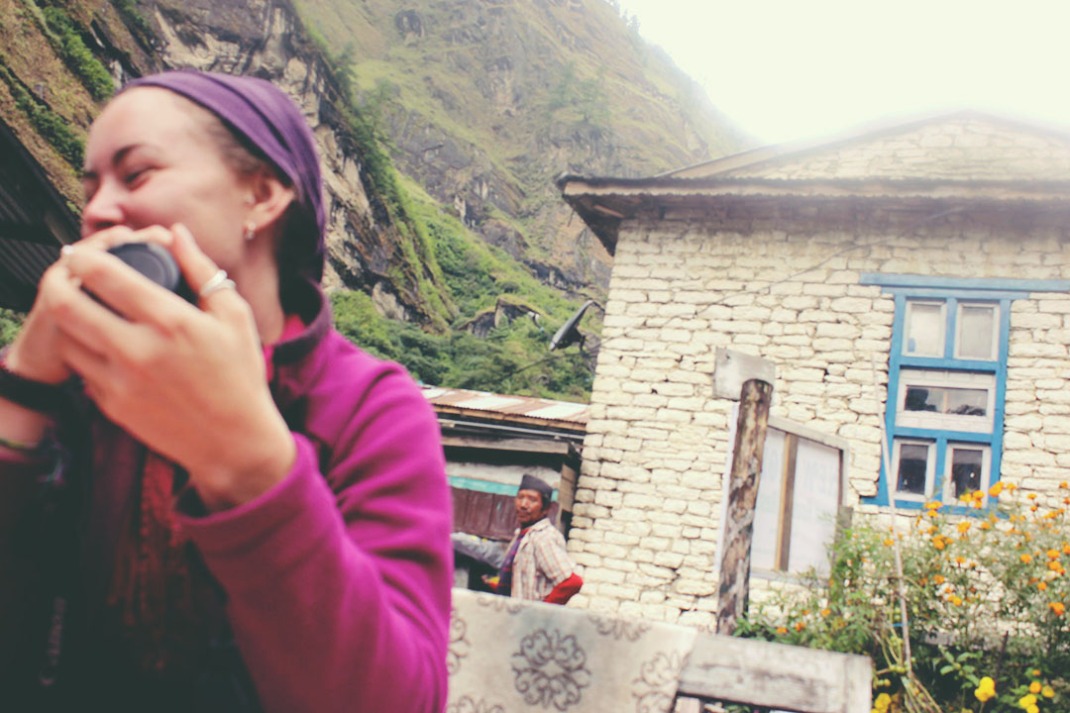 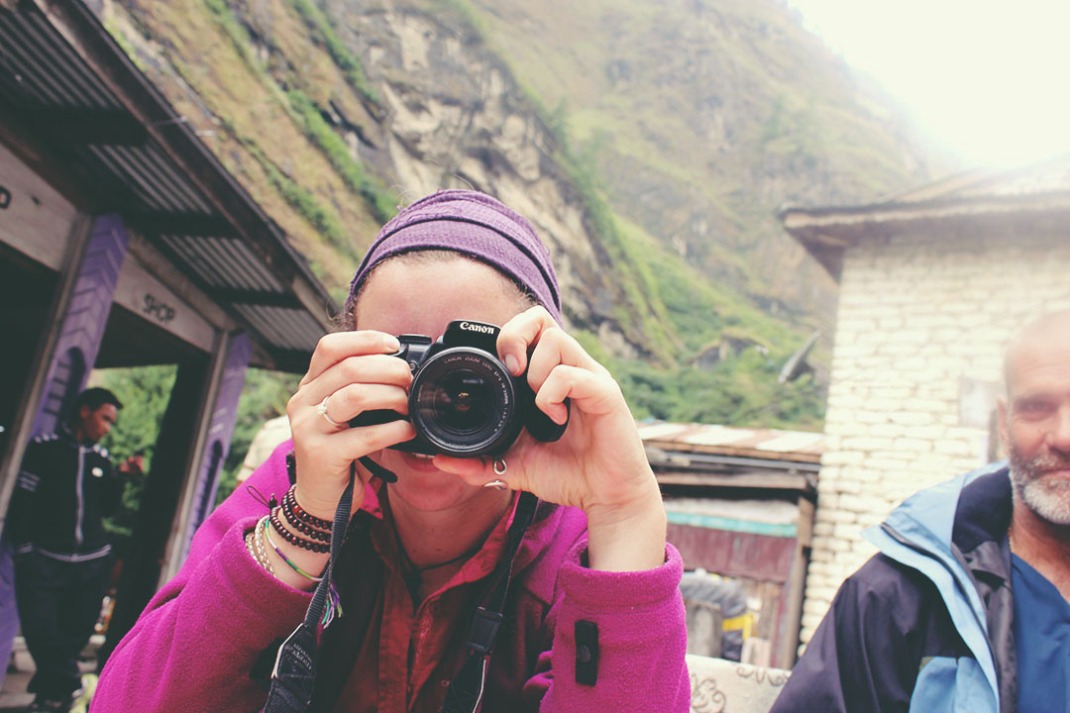 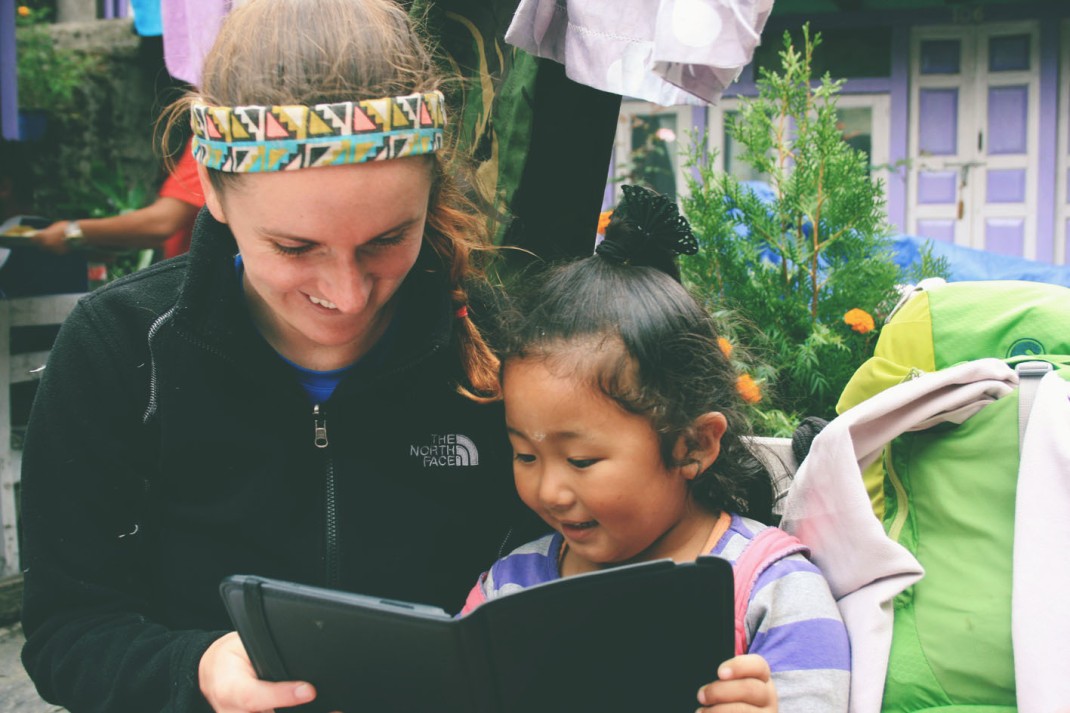 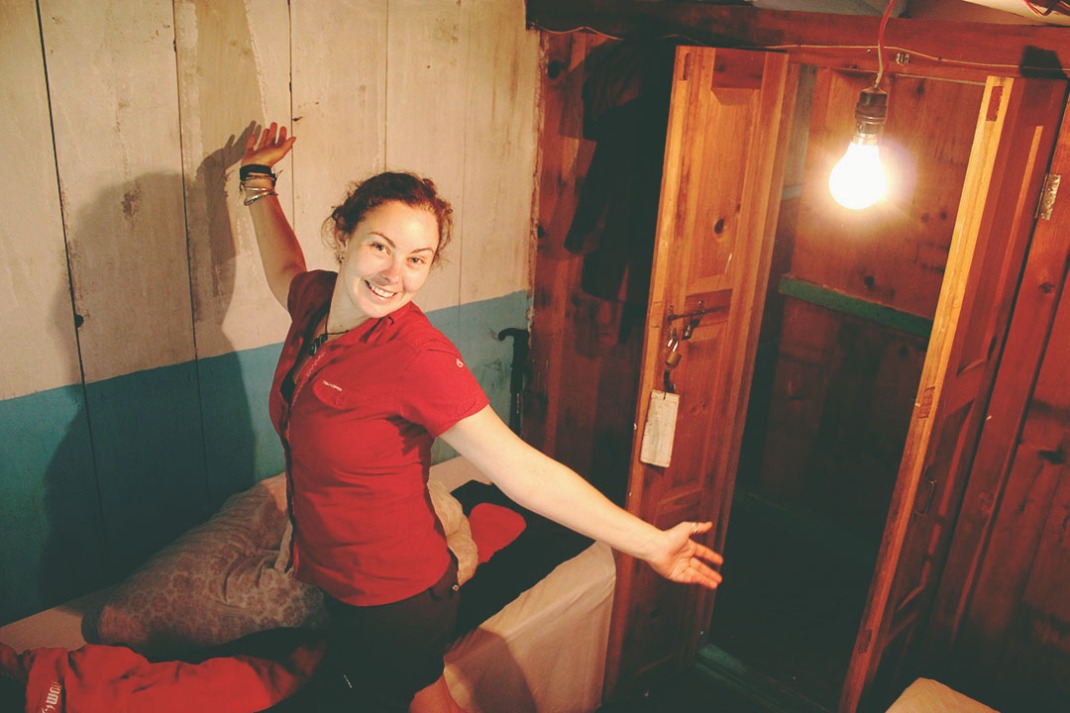