Expecting another rainy December day, Magalie, my baby sister, and I were thrilled to wake up to perfectly clear skies at our awesome hostel, the Rising Surf Inn. It was idealic: a breakfast burrito served up as we watched the sun creep above the horizon on the east coast of Taiwan.

Predictably, because December is the dreaded “rainy season” in Taiwan, the blue skies didn’t last. No sooner had we stripped down to our bikinis and set up camp on the beach, we were invaded by a thick wall of clouds, blocking out the sun and sucking any warmth we had garnered.

Since it was still early in the day, we decided a change of venues was in order. Armed with detailed directions given to us by our lovely Rising Surf Inn hosts, we hopped on the train and headed north to Ruifang Station in search of Gold Ecological Park and the famed Jiufen.

Immediately upon exiting at Ruifang Staion, there was clear English signage indicating which way we needed to proceed to go to Gold Ecological Park, our intended first destination. We were in search of a supposed stunning gold waterfall. We boarded a bus packed with tourists bound for our desired destination. As we wound around the curvy mountain roads, the view of the East China Sea became increasingly dramatic. When we reached what appeared to be the top of the mountain, the road became jam-packed with crowds. Jam. Packed.

Magalie and I did not think we were near our destination. Every single passenger alighted the bus. Seeds of doubt planted, we also got off of the bus. While we hadn’t arrived at Gold Ecological Park, we found ourselves at the beginning of the famous Jiufen Old Street.

Packed doesn’t even begin to describe the state of the crowds making their way through the narrow, cramped street. It was body to body on this particular Sunday afternoon (as I’m sure it is on most weekends).

Taro ball soup seemed to be one of the main attractions, as we slowly (painfully slowly) attempted to explore and make our way through Juifen Old Street. The soup looked like a colorful version of my favorite Korean desert, Bingsu. As we began to sense we were nearing the end of the street, we noticed an epically long line winding up a set of stairs that seemed to lead up to a temple of some sort. We had no idea what the line was for, but we hopped right onto the end.

When Magalie and I see an exceptionally long line, we always join in in hopes of finding something unexpected at the end. Usually it’s worth the wait, but, of course, it doesn’t always work out in our favor. At Shilin Night Market, we waited in a super long food cart line only to realize it was for a green-onion wrapped piece of pork that a) neither of us could chew and b) we both found repulsive. You live and you learn, right?

Luckily, our experience in Jiufen was much more fortunate. As it turned out, we were waiting in line for Grandma Lai’s Yuyuan, a haven for the most famous taro ball soup of all. We made our way past the bustling assembling line, finally got our hands on the soup and were pleasantly surprised to find big, bright windows awaiting us at the end. After being trapped in the narrow corridors of the Old Street, the magnificent view of the sun low in the sky and the mountains hugging the ocean was a welcome one. The scenery alone was worth the wait. The taro soup wasn’t too bad either!

After enjoying our snack, we forged ahead to Gold Ecological Park, but were underwhelmed by what we found. The sun was setting and perhaps the gold waterfall needed sunlight to be impressive. Nevertheless, we hopped back onto a bus bound for Taipei totally satisfied by our great weekend in Wai Ao and Jiufen. 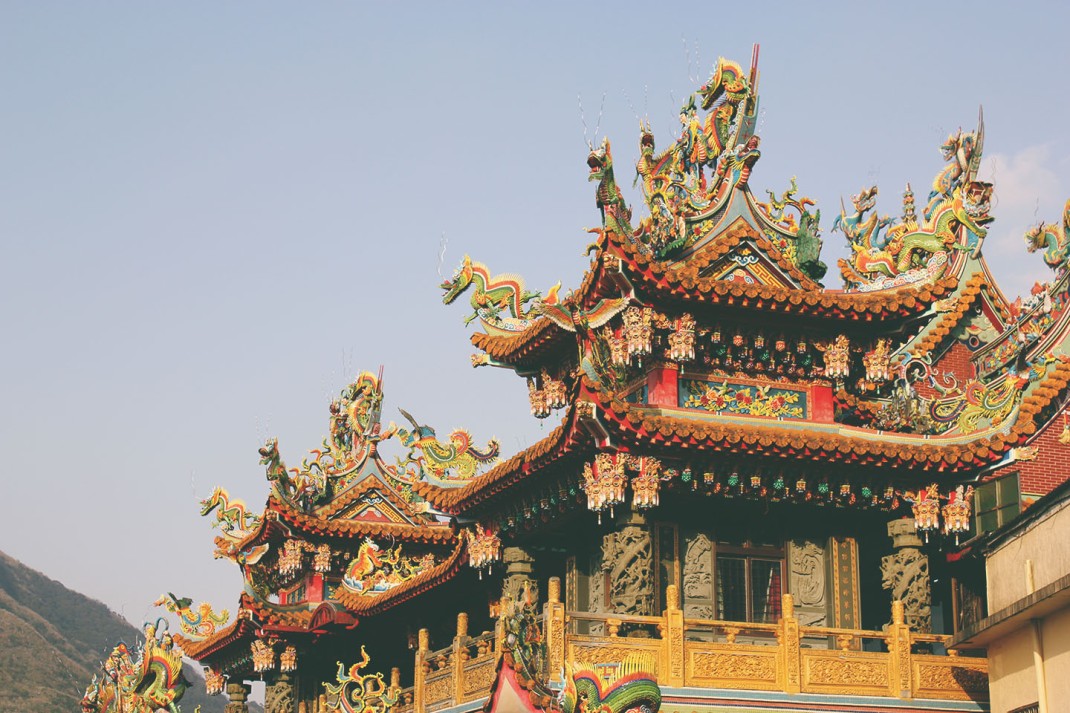 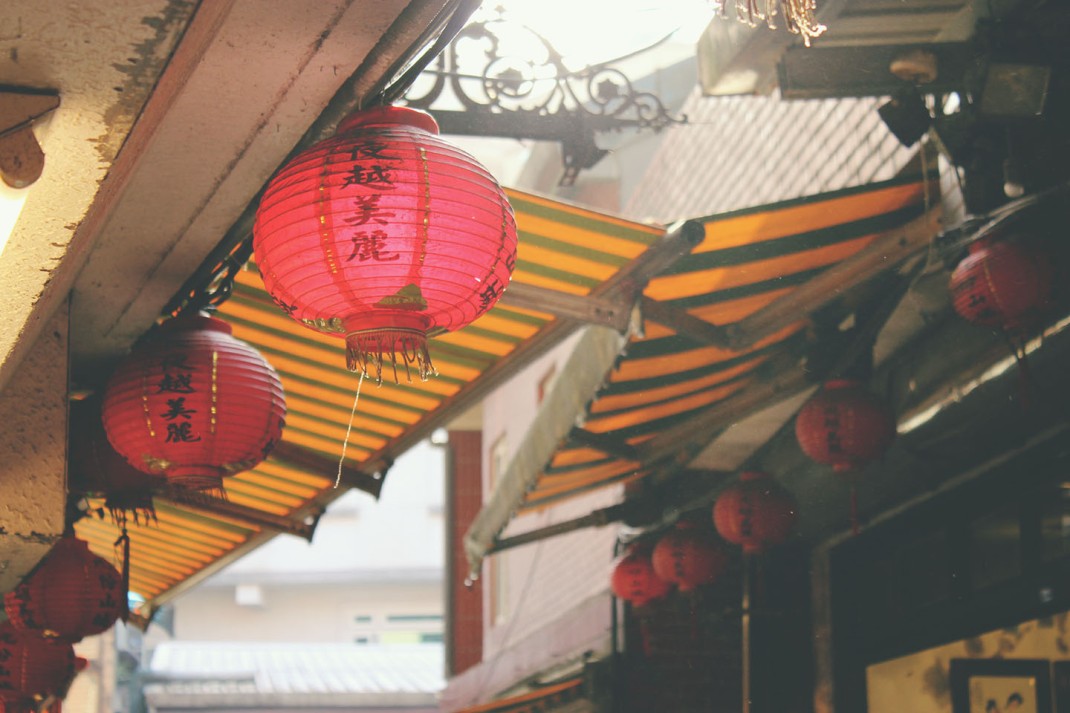