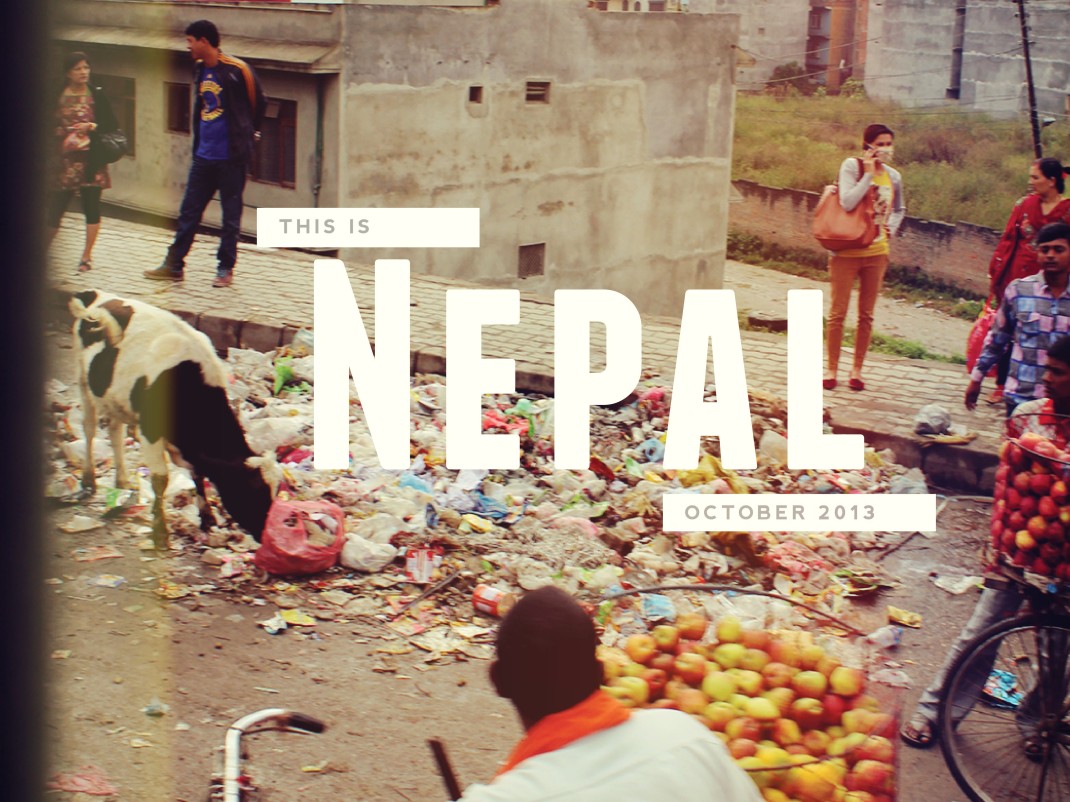 I stood apprehensively in front of the double doors heading out of the Tribhuvan International Airport, the flying hub of Kathmandu, Nepal. I had just finished exchanging my USD for Nepali Rupees and was mentally preparing myself to take my first steps out of the relative safe haven of the airport. The automatic doors slowly opened and I cautiously crossed through the threshold.

Immediately, my senses were overwhelmed by hundreds of Nepali men holding signs and aggressively yelling names of various guesthouses and presumably the patrons whom they were searching for. As calmly and confidently as I could manage, I took a few uneasy steps towards the line of rambunctious Nepali men, scanning each sign quickly, hoping to find something familiar.

My eyes were almost instantly drawn to a calm, smiling face in the crowd. I read the orange sign he was holding, “Trekkers Home.”

That was my hostel! I hastily pushed my way through the throngs of shouting men towards the man holding the Trekker’s Home sign.

My relief was short-lived and was quickly replaced by new, graver anxieties as I followed the man with the sign. He led me to a beat-up Toyota that, at one time, must have been white, but was now covered in filth to the point its actual color was no longer visible. Three harmless looking Nepali men also approached the car. They motioned for my backpack. I shook my head and maintained a death grip on my pack. After an uncomfortable back and forth exchange, they ultimately succeeded in getting me to release my pack to be placed in the trunk.

One of the men motioned, with some urgency, for me to climb into the backseat of the beater car. Uncomfortable with the developing situation but completely unsure of what to do alternatively, I climbed into the back seat. Underneath the seats of the car there were piles of trash. The interior of the car smelled stale and sweaty.

The three men climbed into the car after me.

My pack was in the trunk, I was in an unmarked vehicle with three men and there was no real indication that this was in any way legit.

Did I mention this was my first time traveling alone?

This is it. Another careless American girl bites the dust traveling solo.

I wasn’t sure what else to do. Speak up and say, what, exactly? “Um, I’m sorry, I don’t know you and I’m scared?” I couldn’t seem to find the words to appropriately express my extreme discomfort.

And so, we piled in and peeled away.

As the car precariously entered what I will call the traffic zone, I was shocked by the absolute chaos I was witnessing in every direction. There were no stoplights, no traffic signs, no designated lanes, really nothing except hoards of cars, taxis, buses, motorbikes, bicycles, people and animals jam-packed attempting to move in completely disparate directions. The pungent smell of burning trash accompanied scenes of burning trash. In fact, more shocking than the state of the “roads” or the putrid smell was the trash everywhere. Trash in the streets, trash in the rivers, mashed up trash, trash on fire, animals eating trash, children pillaging through trash– for me, first time solo-backpacker, it was shocking. I was shocked.

It’s easy to see how one could get swallowed up here, disappear, and no one would ever know.

Despite the three men attempting to make casual conversation, my fears were not assuaged. The three men were absolutely being nice enough. I just couldn’t help but give into the thoughts in the back of my mind that they could be kidnapping me (How can the mind not think of Liam Neeson desperately searching for his daughter in Taken?).

In broken English, the men attempted to explain to me that today, October 5th, was the first day of the 15-day Nepali super festival, Dashain. Getting from the airport to Thamel, the designated tourist district of Kathmandu, is typically a relatively swift 7-kilometer trip. On this particular day, this couldn’t have been further from the truth. To say there was traffic would be a severe understatement. Nearly an hour and a half (an hour and a half!) after departing from the airport, we arrived in Thamel.

I successfully arrived at Trekker’s Home, my home-to-be for the next two nights. I was unscathed and had survived my first few hours in Nepal.

The combination of the adrenaline rush of finally arriving in Nepal, followed by the terror of the car situation left me feeling alone, scared and overwhelmed. Traveling alone is hard, damnit! I’m not proud to admit this, but once I was safely alone in my room, I threw a brief temper tantrum of baby tears.

What was I thinking coming to Nepal for a month by myself? There is no way I can do this.

It was a humbling afternoon.

After regaining my composure, I ventured out into the streets of Thamel. I was very careful not to make more turns than I could remember. Left, left, left… it was hard to identify any discernible landmarks in the narrow, foreign streets.

I managed to wander past OR2K, which I remembered reading about in Lonely Planet.

OR2K, an Israeli owned Vegetarian and Vegan eatery, was the safe haven that I absolutely needed that first night in Nepal. At OR2K, you were protected from the unknown.

In the midst of the dinner rush, I was seated sharing a table with a young male who appeared to be deeply interested in the conversation he was having via Skype on his laptop. Just when I was mustering up the courage to saunter over to another table to befriend some fellow backpackers, the two handsome older gentlemen at the table next to me invited me to join them.

It was in this very moment, as I was struggling to keep face, that I met my wonderful travel partner for the next week, The Israeli, Asaaf.

Just like that, with those two men inviting me to their table, I had made connections and I was no longer alone.

The following photographs are in no way representative of the whole of Kathmandu or Nepal. These photographs are those that represent the things that most made an impression on me upon just arriving to the country. Nepal is an amazing country and upcoming posts will certainly showcase the more beautiful sides of Nepal. However, it is important to recognize the dichotomy present in Nepal. On one hand, you have The Himalayas, some of the most revered mountains in the world, and on the other hand, you have some of the dirtiest and underdeveloped towns and cities in the world. I will not claim to be particularly educated on this topic, but it was clearly evident during my month-long stay in Nepal that it is a country of harsh contradictions. 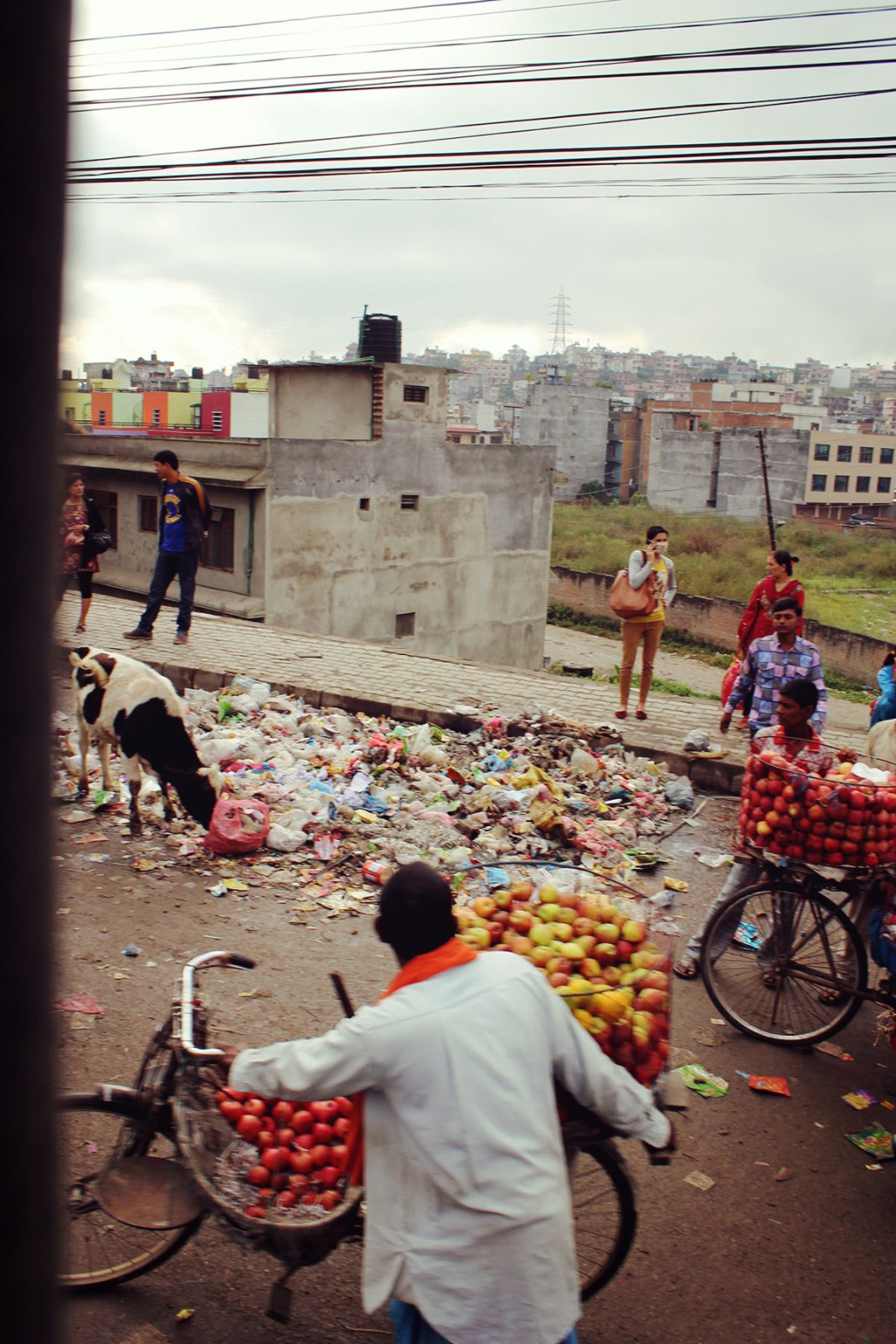 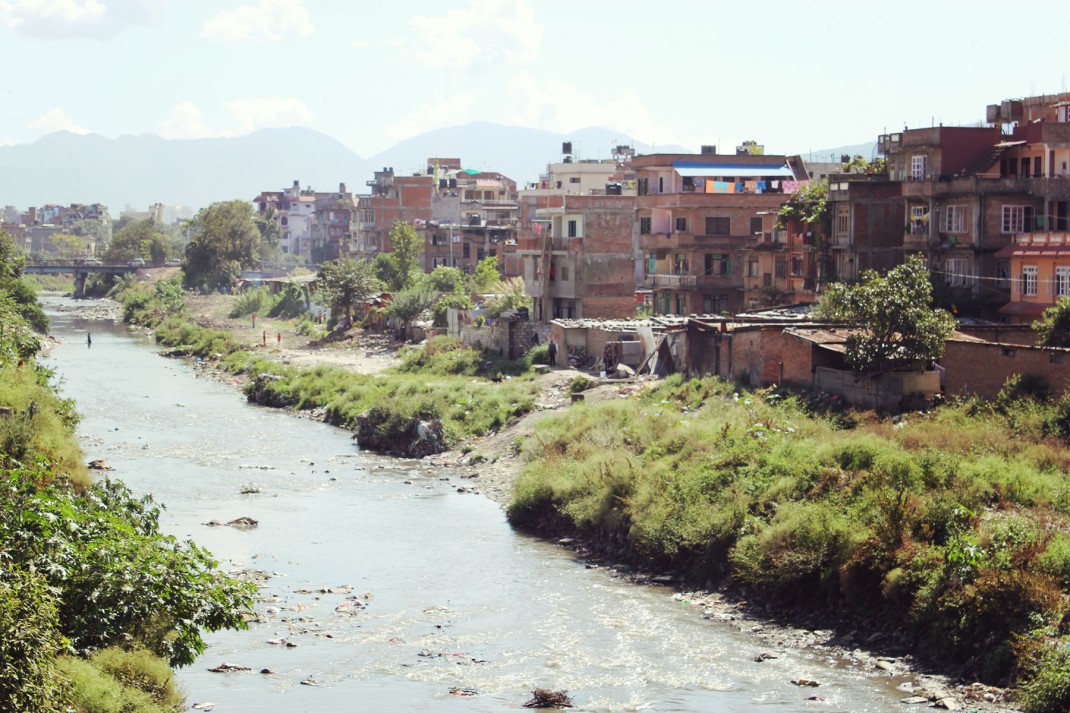 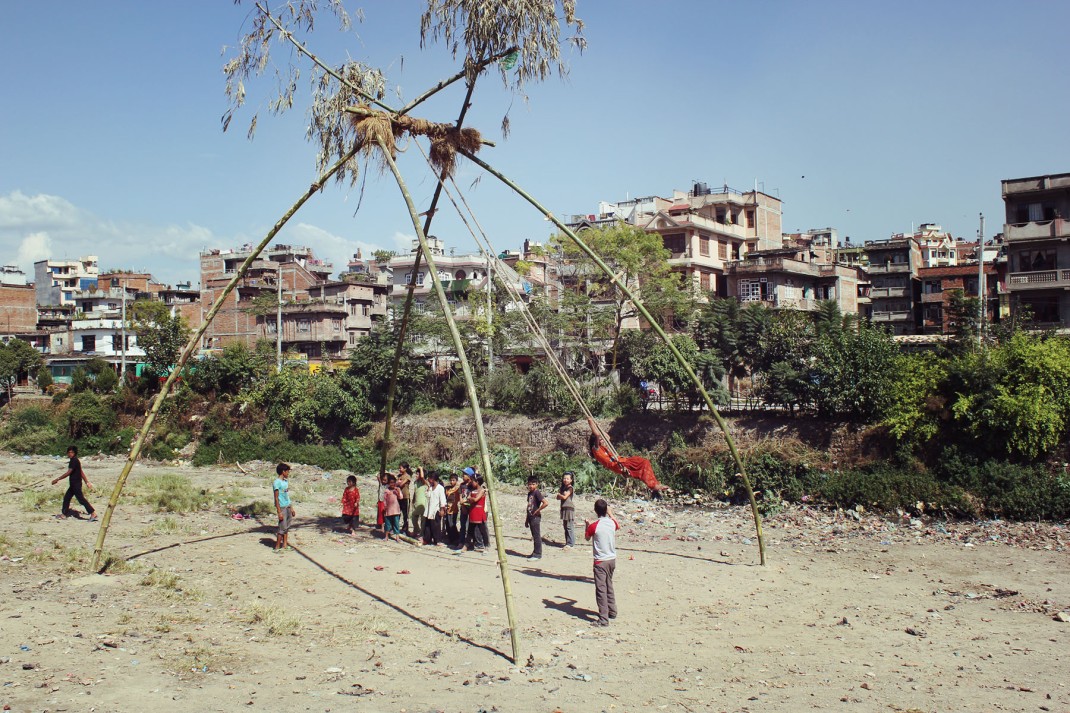 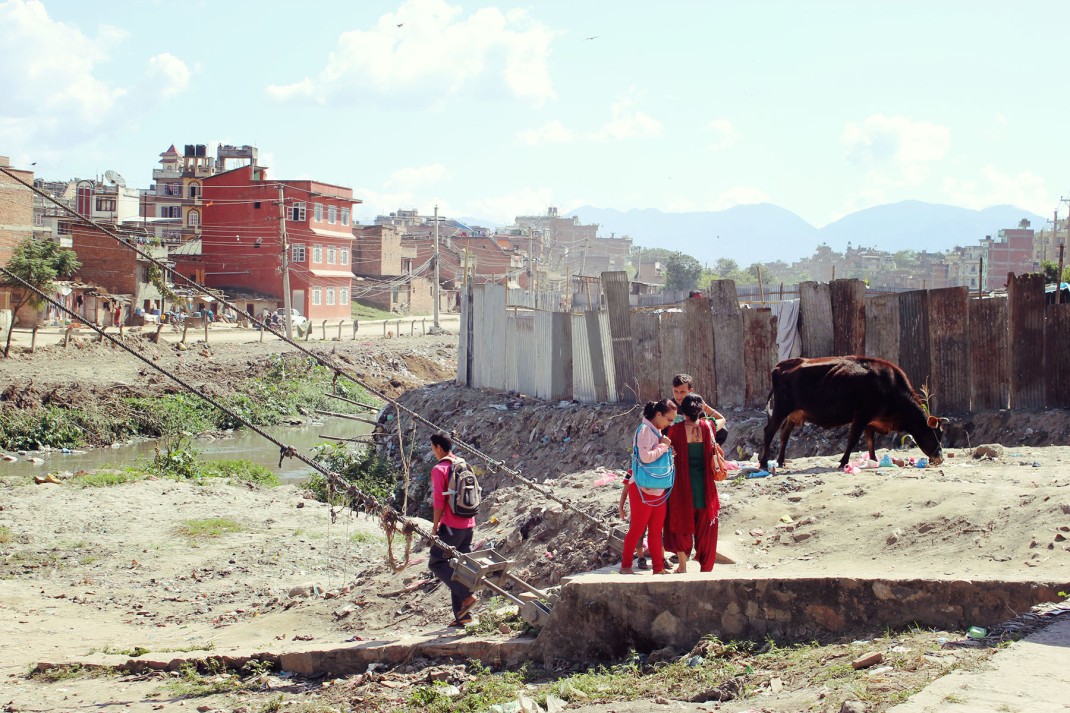 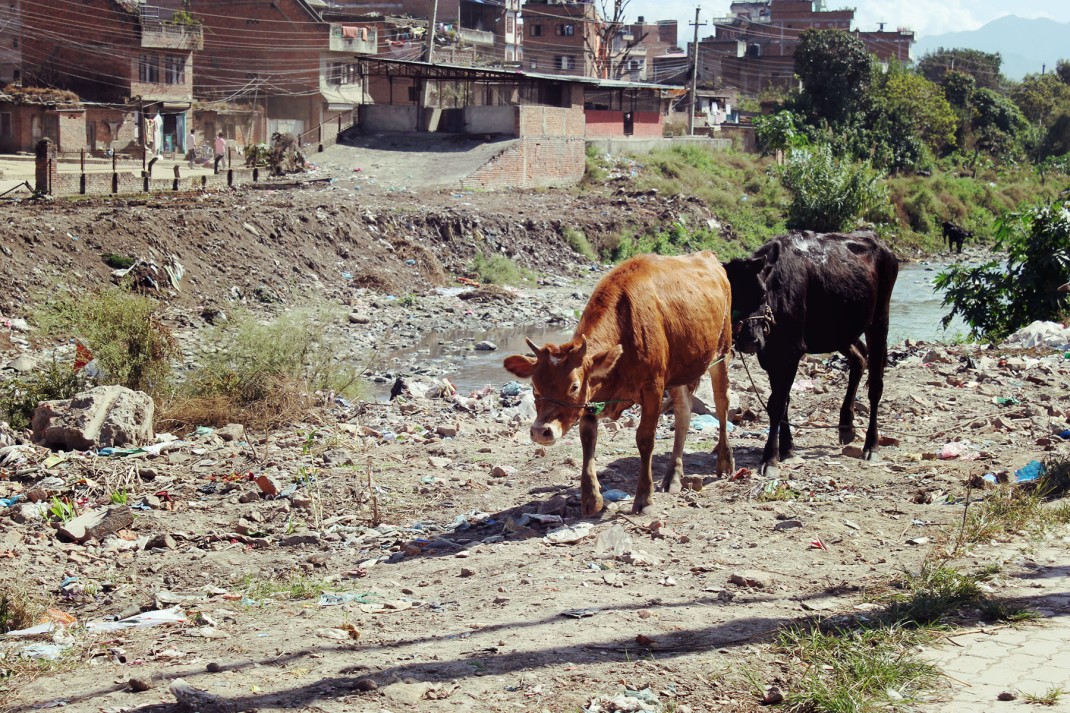 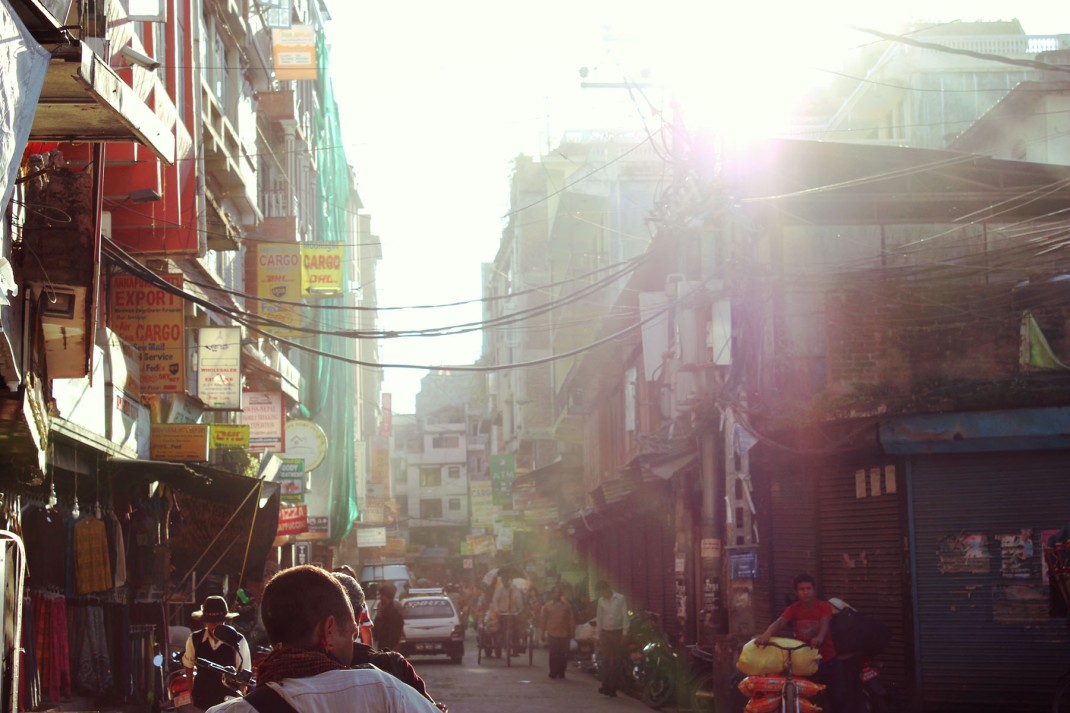 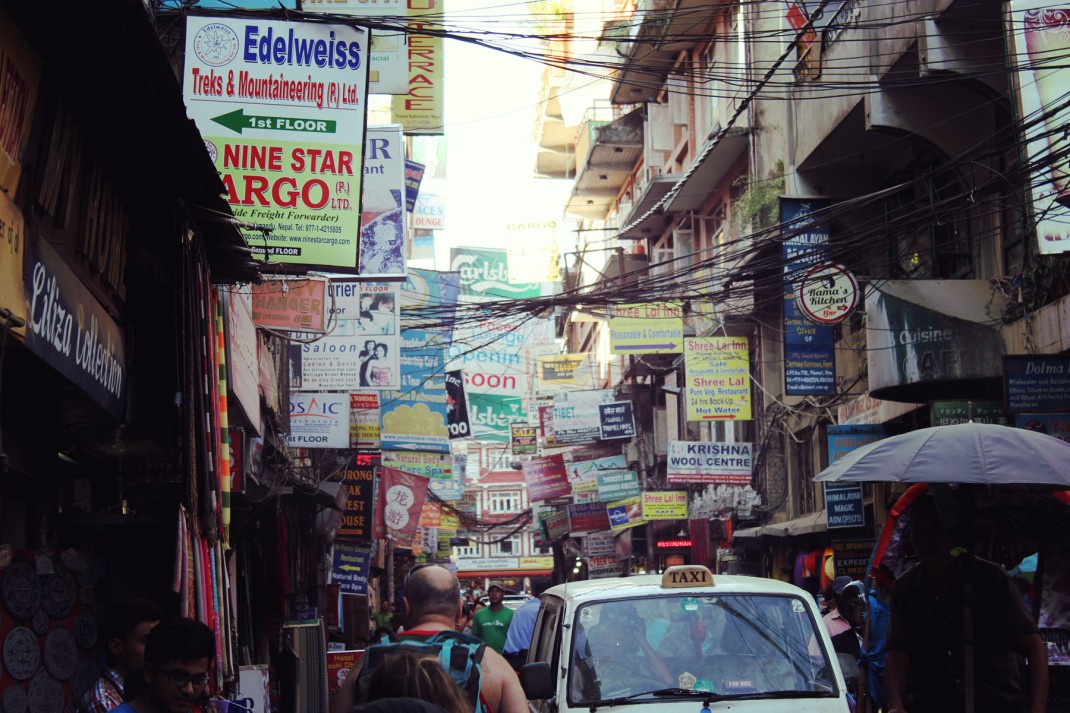 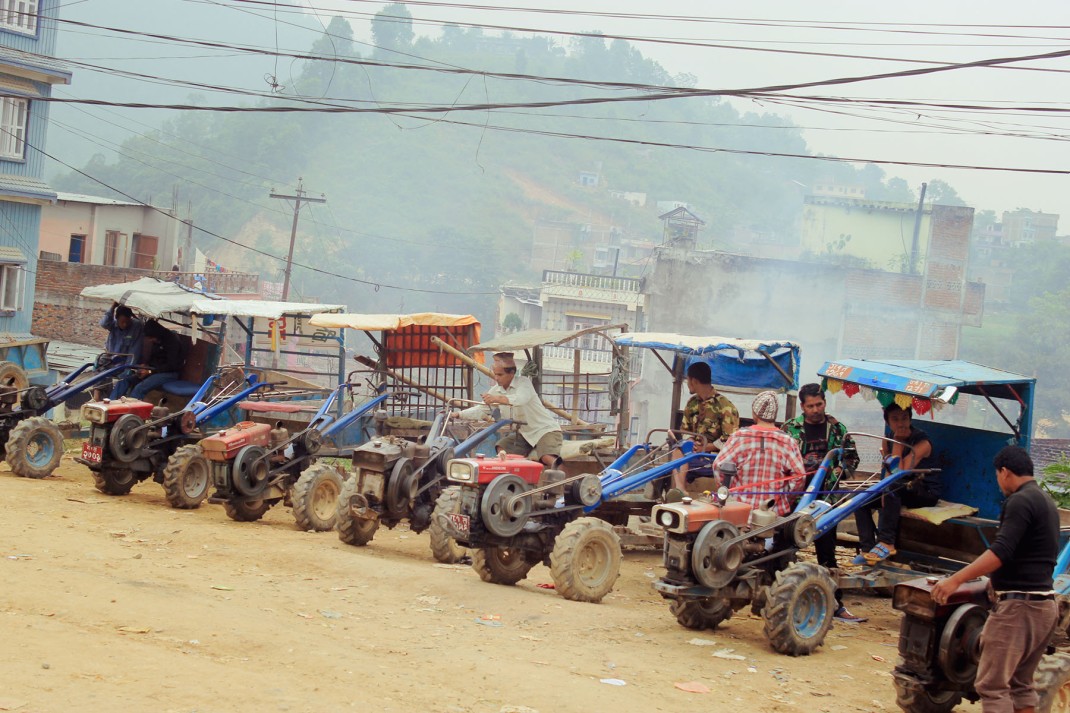 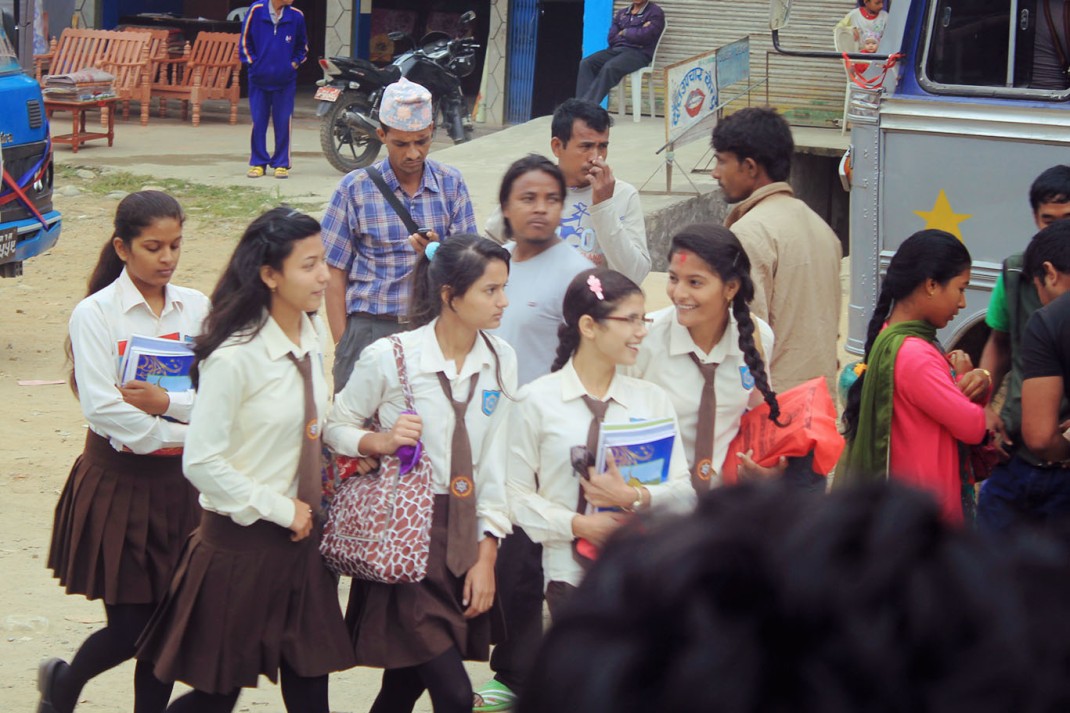